The whole charade of advertising and branding is based on one foundation; simple timeless truthful insights! In every flattering advertisement which sneaks into your drawing room and draws your attention to it, there is a simple truth masquerading as a gripping story, tongue-in-cheek joke or a melodious jingle.

We are the species who have evolved with a predatory, result oriented thinking. Our ability to break a complex situation into simple to-do tasks, to comprehend it in a better way has helped us to come to this level of sophistication.

Now, with the rise of consumerism, we are ever inundated with choices. The more choices we have, the more are we confused. Advertising here comes handy as a thinking tool. But with the fleeting attention span of today’s smartphone generation and passionate pop music loving hipsters, interrupting key audience without overwhelming them has become a herculean task for any form of advertising.

We communicate to connect and not to confound. When I say less is more in advertising, it means that people will eventually understand the crux of your message and ignore the bubble around it. You have to believe that an idea is like a sprout, enough to grow into a big tree and grow its roots into the mind of the consumer. A  handful of rice can tell the quality of the rest in the sack.

Even in the world of marketing, where talking and storytelling is everything, people are waking up to the fragrance of simple, minimal ideas. And, it becomes more important in a post-modern world, where people are thinking in flashes and notification updates. The world where news, information, and data are pouring in and out, only the right advertising can help people choose wisely. 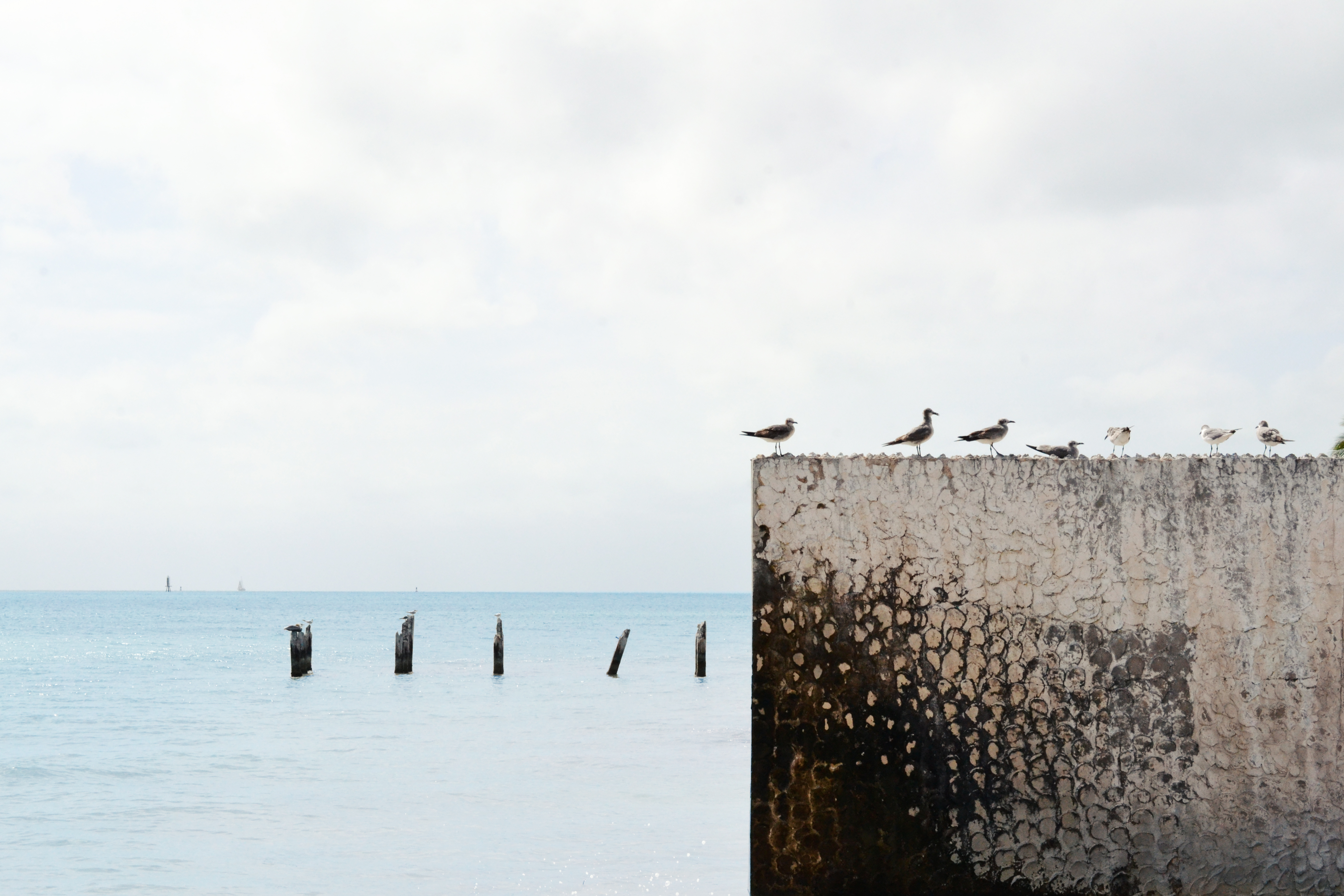 A Sunday Read:An experiment that will go on for 9 more weeks!What I need is your engagement and reviews (and 4-5 minutes from your precious Sunday;))
Presenting a thriller series which captures loss of innocence and delves into the psychology of a criminal mind which cannot differentiate between varying moral standards of our society !

Chapter one. That night.

In a dilapidated small town where any activity ceases just before darkness descends, news of an upcoming storm decimate any further chances of gathering at corners, squares and roads.

Meteorologists say it’s a cyclonic wave happening due to western disturbance in early monsoon cycle. Whatever be the reason, this hamlet is going to get drenched in heavy shower after a long blistering, hellish spell of hot summer days.

Pale Light of flickering halogen street lamps and a hazy ambiance created a different view across Sandhurst colony road. Not a person lingered on road.

A way leading to Diamond Lake was covered with fronds and bushes. This was a shortcut which leaded to officers’ colony. Nobody knew why it was called Diamond Lake for it neither had shape nor any history of diamond extracted, founded, discovered in any recorded history or preserved folklore.

Just right, there was an alley which curved into another colony, very near to collieries, also popularly known as bhetnar colony (veteran’s colony), ended on a small English Bungalow “Manumit House” which resided many government officers right from 1920’s to late 80’s. Official name of Veteran’s colony was S.M. Worliker’s colony, named after an officer and overseer in near collieries who was sent on behalf of Government of India,just after coal blocks across nation were centralized. Worliker worked for the well-being of mine laborers and advocated their best interest. It was he, who helped migrant laborers settle down in a ghetto near Diamond Lake, just behind veteran’s colony. Migrants who wanted to seek help about anything and everything came to Babu Sahib for their day-to-day problems. No surprise, they started calling it Bhetnar colony (Veteran’s colony) where one gets possible and applicable solutions of one’s problems.

But more than migrant’s slum or British bungalow and colonies; this town was famous for railways and gypsies. Earlier, these gypsies used to stay on the very place where present Bhetnar colony is. As coalmines got discovered, these people got displaced from their habitat. After all, everybody knew, Gypsies don’t have a permanent place to reside and that’s a perfect excuse for British authorities, in those times to demolish their homes. Folklore says these people used to carry diamonds and precious metals which sustained them to live opulent lives during one time but when English People demolished their settlements, they threw away their belongings in the Lake. Nobody has bothered to check or substantiate claims made by older generations till this date.

Nowadays Gypsies have their settlement on the far corner of city. Just at the place where earlier railway lines used to be, near to the end where a small tributary juts out from the famous Diamond Lake.

Drizzling started. A ripple in lake water has disturbed small fishes near shallow area. Croaking and Creaking noises are being suppressed by the whoosh noise of moistened wind.

A thunderous noise. Did lightning strike somewhere? But the sound came from “Manumit house”. People were perplexed but nobody was eager to go out in rain and check out what happened. Two more thunderous noises! Doesn’t sound like lightning but a gunshot. Seems like bandits are breaking into someone’s place?

Drizzle slowly turned into torrential rain. The same rain which was stopping people earlier could not stop them now. Curiosity is a better drive than courage. A group of people laced with traditional set of arms and umbrellas gathered around Rendezvous. The lawn was strewn with weeds and mud. A flash of lightning highlighted areas of lawn and facade of Bungalow. Crowd entered the room. There was a turret of thick blood mixed in muddled water splattered all across veranda. A bald man was lying dead on an archaic wooden chair.His eyes were wide open as he saw something sinister and unbelievable. More trail of blood was coming from adjacent room. A swarthy woman with an ashen face, half-conscious, spilled spurious blood and froth. Certainly not a pleasant view for any squeamish person but this wasn’t new for people residing in this place from years.The only difference in this scenario was a peculiar,acerbic smell.

A group of elderly men moved into backyard to search further. There was a child hiding in shrubs somehow unscathed.Awkward, fearful and in trance; a toddler who seemed too shocked to speak anything.The more they tried to extend helping hand, the more that boy cringed.

A group of boys spurted to nearest Railway police hospital for more help.

Incessant lightning, thunder and crashing rain turned the dusty road, which lead to Bungalow, into a necklace of puddles reflecting the turbulent sky, reminiscent of horror ordeals carried out in that stormy night.

I have lived through gloomy days

with a few dollops of confused evenings.

I have cantered through Neon-lit streets

just to scramble away from your halo

during my drowsy walk by the sea.

am afraid to describe this,

am ‘fraid the moment I tell ya,

you would simply cast me in a mold.

An unbreakable, unbearable one,

I should better be in a trance

than living in that mold of purgatory .

Living!Yes..I have been and through it.

-A transliteration from ‘The confession of a modern armchair thinker.’ 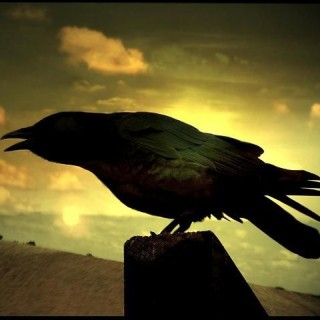 The ubiquity of crows in a city like Mumbai has always puzzled me. Every city has its uniqueness. In fact, as per my thought process, crows match the lifestyle of this city. Always on the move, watchful, have a sense of community yet selfish and shrewd, never-ending optimism, ever opportunistic and anonymous yet an apt representative of the commonness that surrounds this city of gold.

blooming in memory of broken embraces

A year of reading the world

Great copy from around the world

A perspective where words talk volume!

Sudhish Kamath's Pad On The Net

literary and other thoughts

Idyll Dreams of an Idle Fellow

Thought Catalog is a digital youth culture magazine dedicated to your stories and ideas.

You Are Not So Smart
minimalbollywood.wordpress.com/
L.M. Sacasas

ideas on digital storytelling and publishing

Me, my books and my mind

The Best of the visual Web, sifted, sorted and summarized